With nearly one hundred employees from 10 different nationalities, the agency — winner of the Equerre d'Argent, French best architecture prize in 2014 — is recognized worldwide. Experienced architects, interior architects, designers and technicians work together on around 70 international projects each year always responding to the specifics of places and cultures.
RDAI works on all scales, from entire buildings to interior environments and individual objects - with innovative support from technical experts, research and development, datamining and material specialists - treating a diverse selection of programmes including retail, hotel, residential, workplace, cultural, events and furniture design.

With its intuitive and conceptual approach, the objective of RDAI is to reach the very essence in every creation.

A graduate of the École d’Architecture Paris-La Défense, his first professional experiences were transdisciplinary. For ten years he collaborated with agencies specializing in architecture, interior architecture, landscape, scenography and strategic design.

In 1999 he joined Rena Dumas, directing major projects for RDAI.

Julia graduated from the University of Queensland, Brisbane with a Bachelor of Architecture and Bachelor of Design Studies and has an MBA from the Institut français de la mode, Paris.

Julia spent four years working in London at McColls then Bruce Henderson, then six years based in Hong Kong — where she registered as a government-chartered architect in 1995 — and Shanghai, working for Peter Fung, Patrice Butler and Pearl Lam on hotel, club and residential property development projects.

In 1998 Julia joined RDAI to coordinate the agency’s architectural projects, at a time when the agency was growing quickly, with projects worldwide. In 2006, she developed the furniture and object design department. In 2022, Julia became Associate General Director.

马修于2004年毕业于巴黎夏庞蒂埃学院室内及产品设计系，他的职业生涯起始于让.努维尔设计事务所。作为灯光照明设计师参与了诸如巴塞罗那普布罗诺公园项目，勒阿佛尔游泳池项目的酒店与餐厅设计部分。 他还曾经与一家当代艺术制作公司合作为诸如克劳德·勒维克及丹尼尔·布伦等国际艺术家的作品提供技术和视觉开发支持。 马修于2007年加入RDAI，担任室内设计师。 他从事爱马仕商店的设计工作（特别是香港的爱马仕商店以及上海的爱马仕商店），他还参与了Wolford和Louis XIII项目，建筑设计竞赛和一些产品设计项目的设计工作。 为了开设RDAI海外首家分支机构，他于2020年移居香港
Sybil graduated in architecture from the Ecole Spéciale d’Architecture de Paris in 1999. She then worked for various American agencies including Nagle & Hartray and Perkins & Will in Chicago. Following on from this experience, Sybil became interested in interior architecture, and continued her studies at the Parsons School of Deign in New York. Sybil joined RDAI in 2001. She has been part of the design team for many projects for Hermès, notably the Paris Rive Gauche, Milan and Dubai stores. She was in charge of the renovation and expansion of their flagship store at 24 Faubourg Saint Honoré in 2016. Sybil is a senior architect currently working on a 5-star hotel project in Paris, and Hermès projects in San Francisco, Melbourne and the Royal Exchange in London.
Nathalie Gonon graduated in interior design from the École Camondo school of Paris. She joined RDAI in the late 1980s, where she spent three years working on various Hermès projects. She left to establish a freelance interior design business. For eight years she collaborated with different architects on projects as diverse as colleges, high schools, a courthouse, a police station and private homes. All these projects defined “ambiance” through the use of colour, lighting, choice of furniture and furniture design. She returned to RDAI in the mid-2000s to work on the Capgemini project in Chantilly, a luxurious business campus. After two years she began to work for Hermès projects in Europe, Japan, the United States and China. With Rena Dumas she developed a focus on colour and materials and their capacity for contextual expression. Nathalie is a senior interior architect currently working on Hermès Cadogan Sloane Street in London, Dosan Park in Seoul and Venice.
Cécile Buhagiar graduated in interior architecture from the École Boulle in Paris in 1993. She worked as an interior architect in several interior design agencies on retail, luxury and exhibition scenography projects. In association with seven partners — designers, architects, a cabinetmaker and a ceramist — she established the design gallery Nord-Sud Design to create small editions of furniture, as an exchange and an experiment between the north and the south, Paris and Dakar, with African and French artisans using local materials. Cécile joined RDAI in 2006 working on projects for clients such as Hermès, designing stores in Shanghai, Chengdu, Taipei, Las Vegas, Seattle, Berlin and Hong Kong. She was in charge of the interior design for Cité des Métiers Hermès in Pantin, a project that won the Equerre d’Argent in 2014, and also for “Les Bains” restaurant from the winning pitch until the opening. Cécile is a senior interior architect currently working on condominiums in New York in collaboration with Renzo Piano Workshop and Hermès Hong Kong, San Francisco, Dubai and Sao Paulo.
Marie-Ève graduated in interior architecture and product design from the École Camondo in Paris in 1993. She worked with a number of architects, notably Jean-Michel Wilmotte for museographic projects at the Musée du Louvre and the Palais des Beaux-Arts de Lyon, with Quentin & Rossi for the recording studios at the Maison de La Radio, and with Jean-Loup Roubert for the renovation of the Palais de Justice in Rennes. Marie-Ève joined RDAI in 1999 to work as interior architect on Hermès stores all over the world, most recently those of Beverly Hills and the Crystal Houses in Amsterdam. She is a senior project manager in charge of developing the store concept with the specialist Hermès teams. As part of this work, Marie-Ève takes part in brainstorming workshops for the implementation of sustainable construction approaches for store projects.
Guillaume is a graduate of the École Nationale Supérieure d’Architecture de Paris La Villette, and holds a HMONP accreditation from the École Nationale Supérieure d’Architecture Paris-Malaquais. After gaining varied experience in his early career, he spent 13 years working with a large Parisian agency. There he managed major rehabilitation projects in Paris, primarily in office building, as well as for hotel and residential projects. He has worked on many complex projects, both contemporary and historic. Comfortable working at every scale, he combines his sensitivity with his technical expertise to design relevant and well-managed projects. Bringing his extensive experience, Guillaume joined RDAI in September 2021.
Mathieu graduated in interior architecture and product design from the Académie Charpentier in Paris in 2004. He started his career as a lighting designer at the Atelier Jean Nouvel agency, working on large and small scale projects such as Parque Del Poblenou in Barcelona, the Havre Swimming Pool as well as restaurants and hotels.  He then collaborated with a contemporary art production agency to accompany the technical and visual development of works by international artists such as Claude Lévêque and Daniel Buren. Mathieu joined RDAI in 2007 as an interior designer. He led Hermès boutique design projects (including Hermès Hong Kong and Hermès Shanghai) but also on Wolford, Louis XIII projects, architectural competitions and product design projects. In 2020, he moved to Hong Kong to open the first RDAI branch abroad. 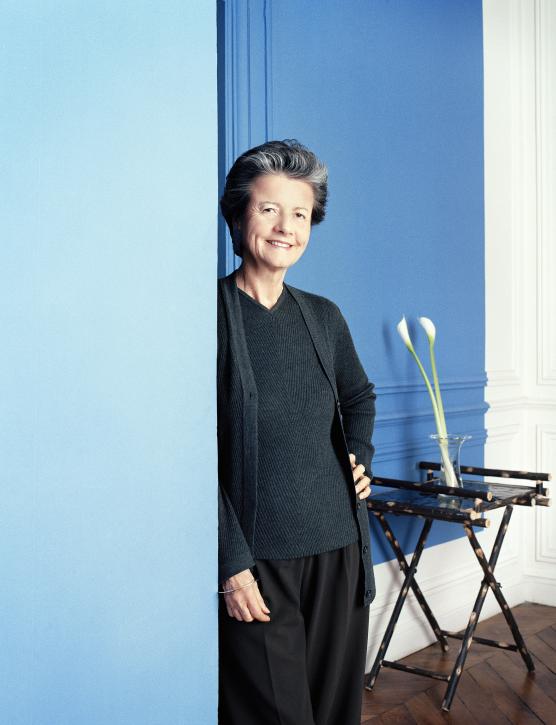 “At the start of each project there is a story to be told, a dream to pursue, one full of sensitivity and poetry. The successful project is the one that maintains the purity of this original vision, answering the dream from which it was born. All our projects are marked by the concern with how humans will live and evolve in these spaces. They are characterized by this passion and this attention to detail. Architecture is an event in itself. Architecture is to be lived and inhabited. It is a generous act. I understood very early the responsibility, I would say the greatness of the profession of architecture, which can give happiness or overwhelm. When I speak of happiness, it is the happiness that generates energy. This is a very important element in the art of creating and building.” Rena Dumas - 2007

Rena Dumas embodied the values of her chosen profession. She discovered architecture as a teenager, when her brother was studying in Athens, and she decided to follow the same path, concentrating on interior architecture.

Rena graduated from the École Nationale Supérieure des Arts Appliqués et des Métiers d’Art in Paris, before continuing her education in Greece and the United States. New horizons opened to her on meeting the architect André Wogenscky in 1968. She took over the management of Robert Anxionnat’s Paris practice, carrying out numerous projects, including the Time Life’s Paris offices and boardroom.

In 1972 she opened her own studio, Rena Dumas Architecture Intérieure. Among her first clients were the Marine Midland Bank and Urquijo Bank while the collaboration with Hermès, which continues today, began in 1976.

From 1983 until her death in 2009, Rena designed furniture and objects, exploring concepts of nomadism. Furniture that folded/unfolded enabled her to delve into the ideas behind structural articulations. With a vocabulary built on simplicity and the absence of embellishment, these pieces express the subtlety of touch.

1976
Beginning of the collaboration with Hermès


The change of premises allows the agency and all its departments to expand, including the material library 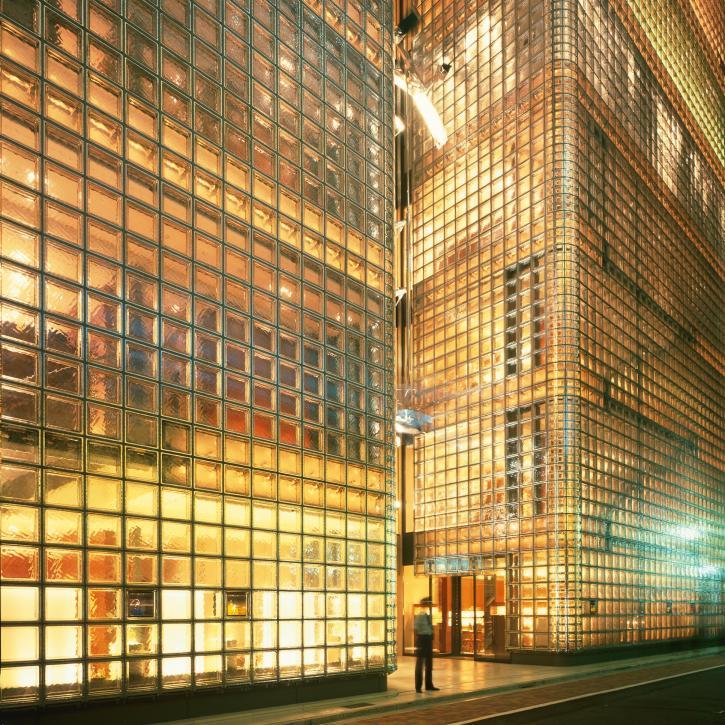 2006
Inauguration of the Maison Hermès Dosan Park in Seoul 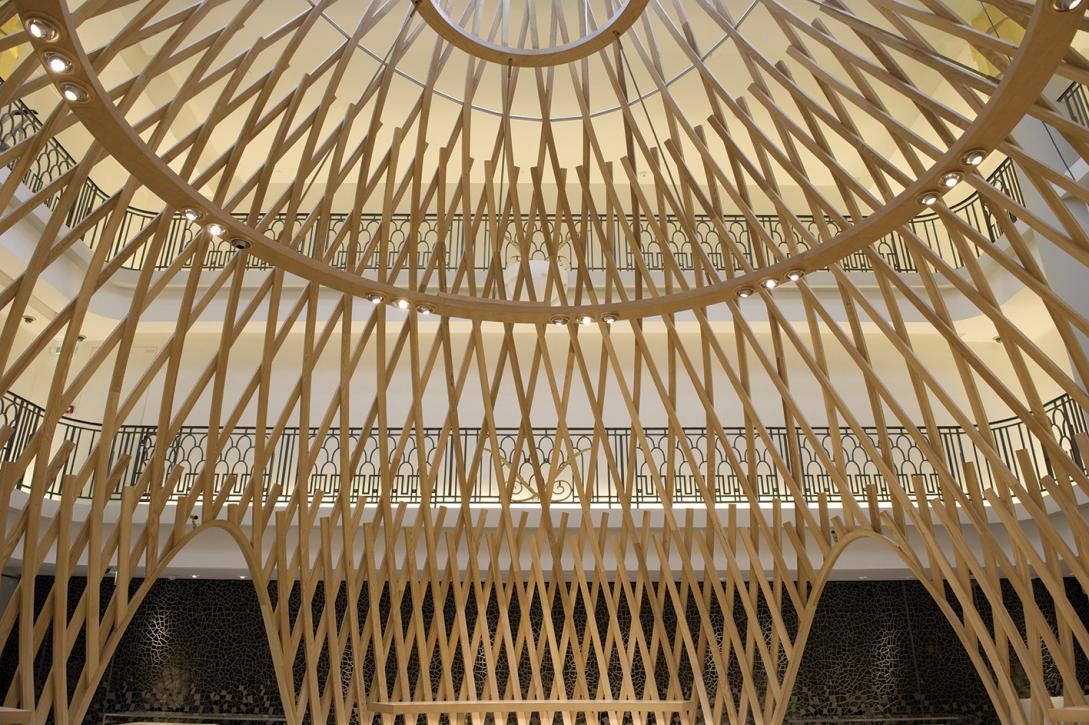 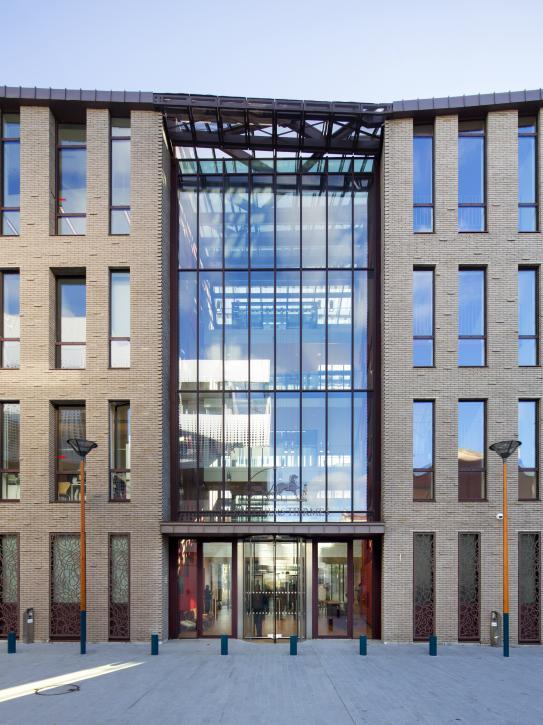 2015
Diversification of activities: hotels, condominiums in the USA, tower in Taipei, and more 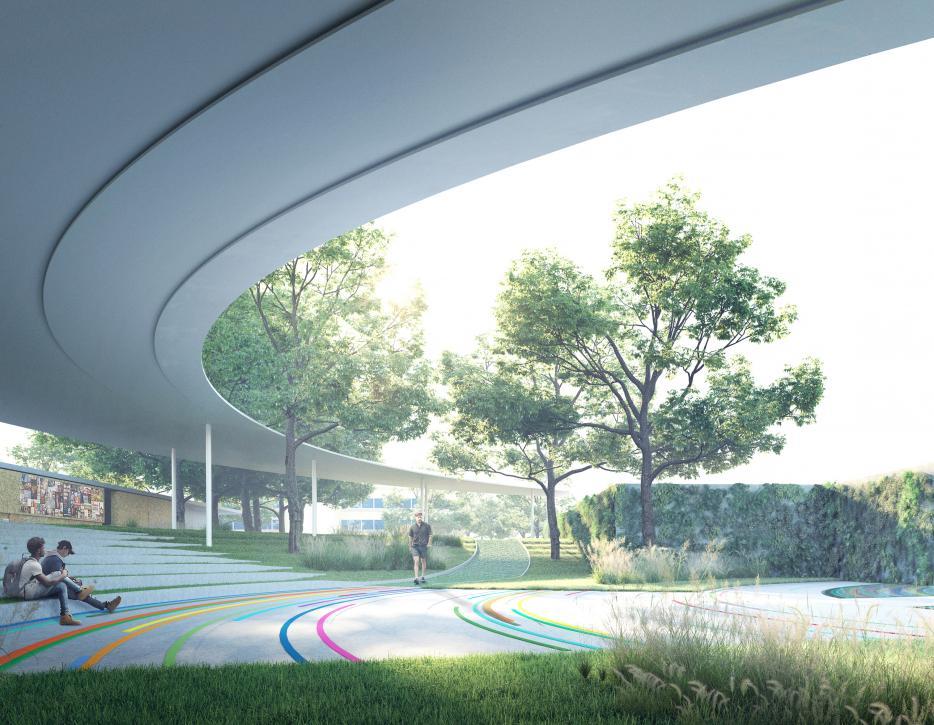